Who The Clix? Doctor Druid 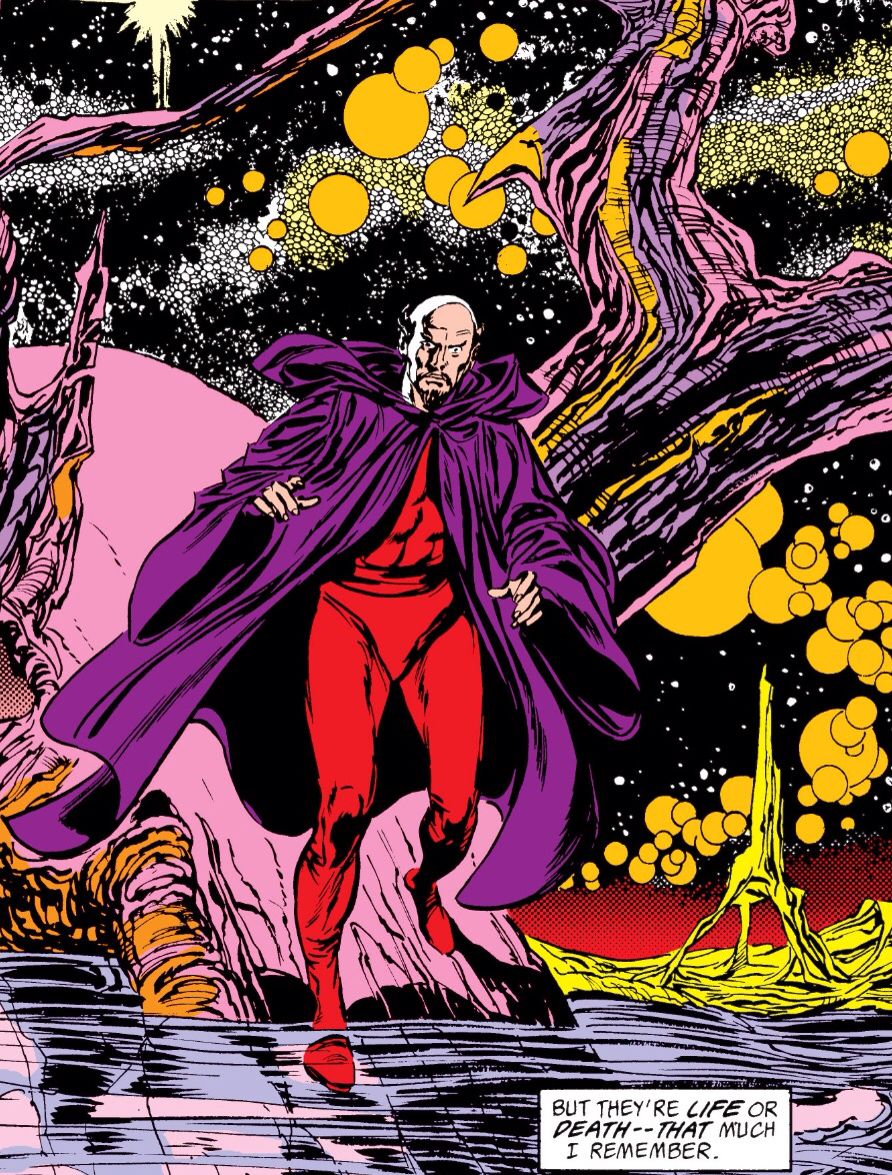 Dr. Anthony Druid is a psychiatrist and explorer with minor telepathic powers. He becomes an expert in the occult and gains some measure of magical prowess after treating the Ancient One, who selects Anthony as a back up in case Doctor Strange fails to pass his tests.

While Doctor Druid spends much of his time exploring alone, he helps other heroes from time to time. Notably, he aids the Hulk against the Maha Yogi and helps the Avengers several times. After helping to stop the Master of Evil's invasion of the Avengers Mansion, Doctor Druid officially joins the team. During this time he battles a double of Dracula in Death's realm.

Eventually, he is brain washed by Terminatrix and used to work against the Avengers, even while serving as their leader. Terminatrix, posing as Nebula, is cast into Limbo when she is defeated and Druid follows her. While in Limbo, Druid is able to eventually regain control of his mind and banish the impostor before regaining some of his young and returning to Earth.

This restoration does little to regain the trust of his fellow heroes, however, and Druid remains a loner for some time. He eventually reunites with some of the other heroes and becomes the leader of the Secret Defenders. However, this time as leader ends similarly to the one before when he is mind controlled by the demon Slorioth. The demon and Druid are both defeated, Druid chooses to take his own death and the team disbands.

Trying to gain a fresh start, Druid leaves behind his spandex costume and begins calling himself Druid while becoming stronger in controlling nature. However, as if cursed by fate herself, Druid becomes consumed by his negative emotions, is betrayed by his allies and killed by Damian Hellstrom. A memorial statue is eventually placed in the garden of Avengers Mansion.

Death, however, is often not the end for magical heroes. Druid later haunts the Avengers, confirming that this death was in fact real. Doctor Druid is again resurrected by the Chaos King and sent into battle against his former heroic allies.

Doctor Druid's soul finds its way to Weirdworld where it is able to transubstantiate into a flesh and blood body. He remains in Weirdworld to remain alive and is aided by Ogeode, who builds a massive crystal on top of a castle to amplify Druid's mind control powers. With them, Druid is able to carve out a large kingdom.