For the full Who The Clix? archive, click here.. 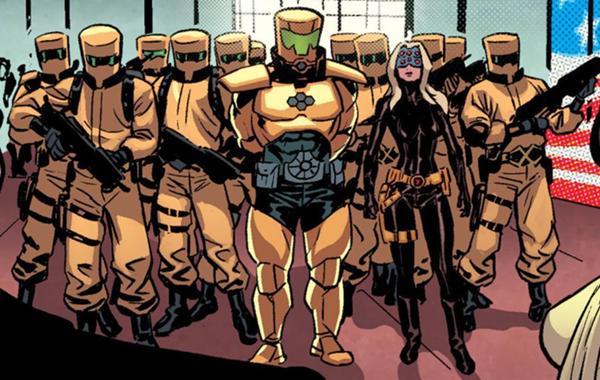 Advanced Idea Mechanics (A.I.M.) is an organization made up of brilliant scientists, grad students, and occasional hired goons dedicated to the acquisition of power, technological superiority, and advancement of science, with occasional desires for the overthrowing of world governments.

Much of A.I.M. focuses on supplying arms and technology to various groups and individuals in order to obtain cash as well as fostering a technological revolution. Most members of A.I.M. are required to have at least a master's degree in some area of science, mathematics, or business.

A.I.M. has also managed to recently acquire an island in the Caribbean and renamed it “A.I.M. Island,” gaining nation status and some diplomatic immunity.