Who the Clix? Group Edition: The Wrecking Crew 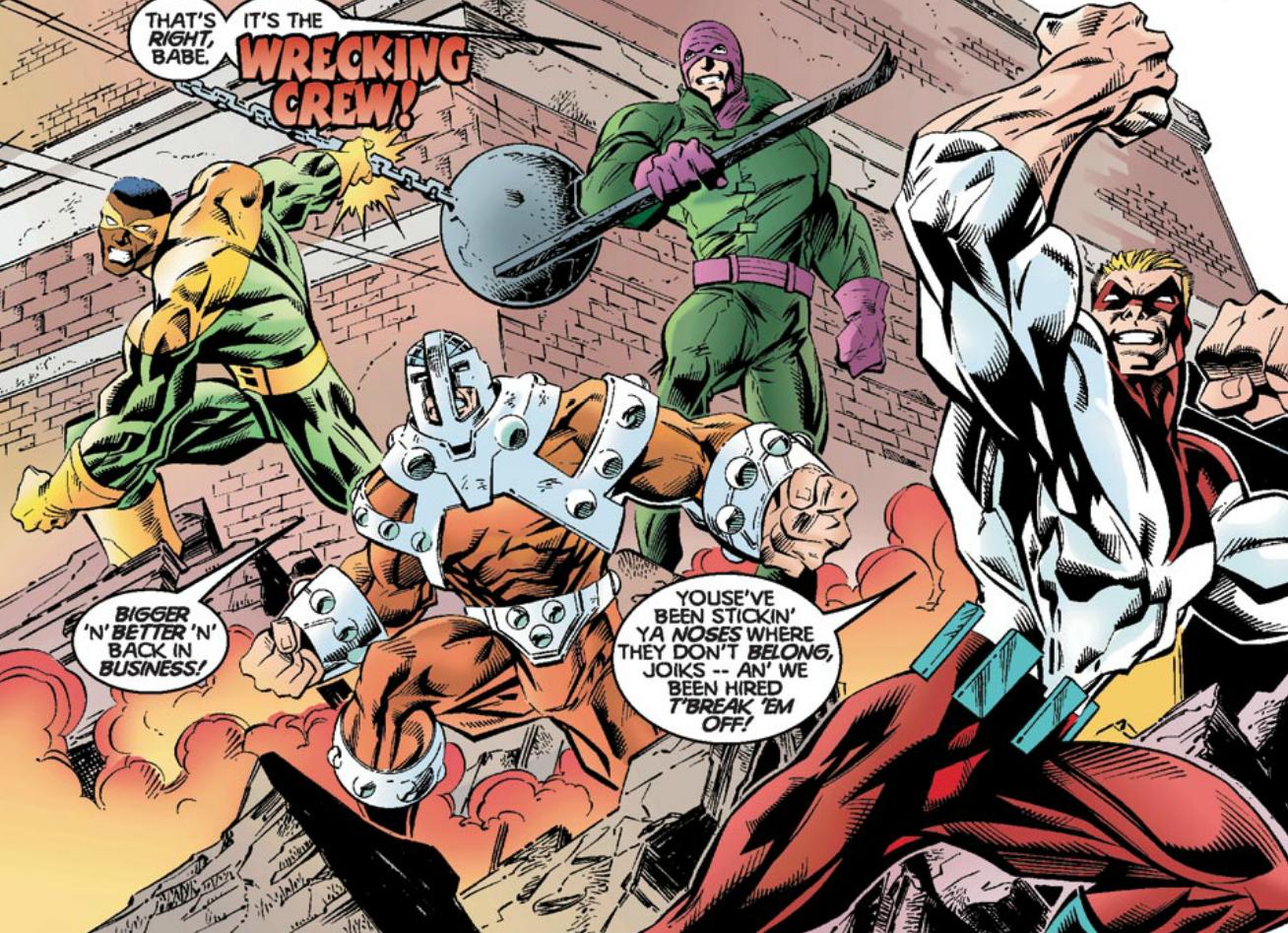 Dr. Eliot Franklin (later known as Thunderball) approaches the Wrecker in prison and asks his assistance in retrieving a gamma bomb of Franklin's design. Wrecker agrees and retrieves his enchanted crowbar, which had been empowered by the Norn Queen, intending on escaping with Dr. Franklin and two other inmates. A lightning storm kicks up during this attempt and Franklin tells the other criminals to grab onto the crowbar at the same time. A lightning bolt strikes the weapon and the three men are given powers very similar to the Wrecker. Eliot Franklin takes the name Thunderball, Henry Camp takes the name Bulldozer and Brian Calusky takes the name Piledriver.

The four escape from prison and begin their search for the gamma bomb. They then quickly fall into the pattern that becomes the calling card of the Wrecking Crew: they're beaten by the Defenders with Luke Cage and returned to prison.

Over the years, they repeat the process several times: they escape, they face the Avengers, Captain America, Iron First, the Runaways, Spider-Man, Namor the Sub-Mariner, the Thing, Thor and are soundly defeated only to be sent back to prison. During their first battle with Thor, they are quickly defeated with Thor breaking the Wrecker's arm in response to the Wrecker killing an innocent bystander. Thunderball manages to escape the thunder god and later reclaims the Wrecker's crowbar, forming his own gang. Which is quickly defeated by Spider-Man.

The Crew eventually return to the States and join the Hood's crime syndicate. They go on to try and kill the Punisher after being hired by Jigsaw. They are foiled when the Rhino, who owed Castle a favor, attack them. They are also among those that rejoin the Hood and help fight back the secret invasion by the Skrulls.