Who the Clix? Punisher (Galactus Minions) 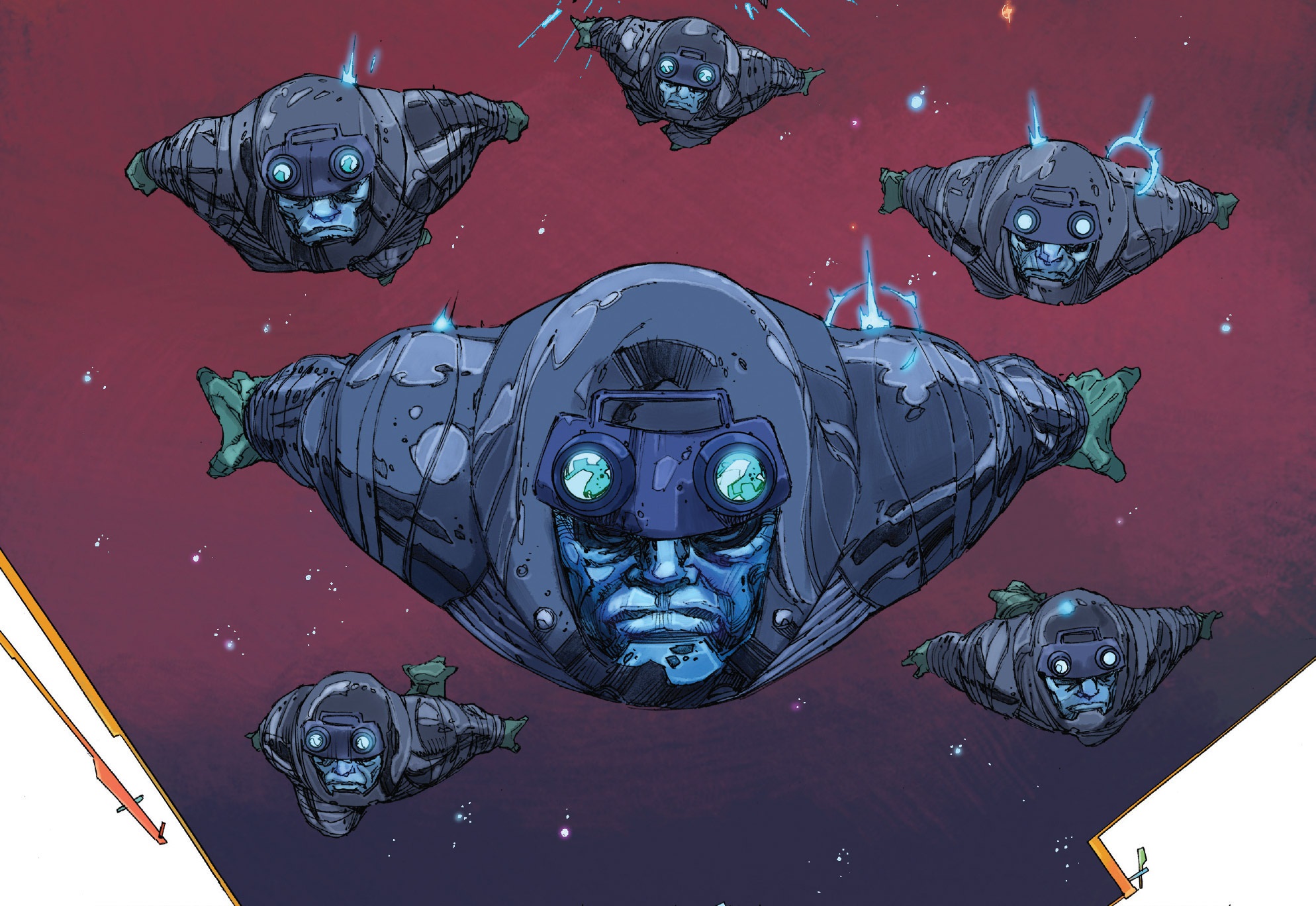 The Punisher cyborgs act as shock troopers for Galactus when he needs them. One defends Galactus' earth devouring machines in one of the Fantastic Four's first encounters with the cosmic being. When the Silver Surfer is in exile on Earth, a Punisher is sent to retrieve him. The original Punisher is found by the Rigellians at one point and used for their plans.  The Punishers seem to be drone like and have been known to obey active heralds of Galactus. They have been used en masse to hold off foes such as Thanos and the Negative Zone prison inmates.

The Wizard discovers a damaged Punisher left behind by Galactus and repairs it, enlisting it into the Frightful Four. This Punisher is ultimately immobilized when the Invisible Woman redirects the Trapster's paste into its interior.